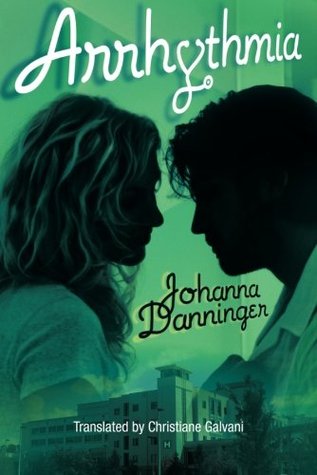 Note: I received a free ARC of this book from NetGalley in return for an honest review.
Warning: Attempted rape scene.

Blurb:
If Nurse Lena has learned one thing from her past, it’s that handsome, charismatic men are just no good.

So when she meets the exceedingly attractive resident Dr. Desiderio DiCastello—who, it seems, is willing to use every trick in the book to seduce her—Lena assumes he’s no different from the rest. But despite her efforts to stay away from him, with so few places to hide in the halls of the hospital, the two can’t help but cross paths. And to Lena’s chagrin, it turns out that she’s not completely immune to his charms. It doesn’t take long before his persistence starts to have a serious effect on her, and soon Lena is questioning herself: Is Desiderio just trying to get her out of her scrubs, or is he for real? And can she trust her fluttering heart?

Review:
I am a sucker for romances where a guy persistently pursues the girl despite her saying no. I know how unfeminist that sounds but as long as the main female doesn’t find it creepy I tend not to either and Arrhythmia delivers on the relentless and heartfelt pursuit.

I absolutely loved the first 150 pages or so. The banter between Desiderio and Lena was hilarious and had me grinning like a fool half the time. I enjoyed Lena trying her hardest to make herself as unlikable to Desiderio as possible and him being able to turn the tables on her. It was enjoyable and they make a good pair.

As much as I enjoyed them together, I tended to get annoyed with Lena when she wasn’t with Desiderio. She was extremely immature and at times almost too annoying to deal with. I also didn’t enjoy how her personality seemed to completely change as soon as she decided to admit that she fell for him. I wanted more of her strong, fierce personality but what I got was whiny, I can’t live without him personality.

I did really appreciate this book and the translation was really well done. I think the original was in German. I also thought that certain aspects of the book were really well handled for such sensitive topics. I just wish Lena didn’t read like she was 15 when she’s supposed to be somewhere in the 20s.