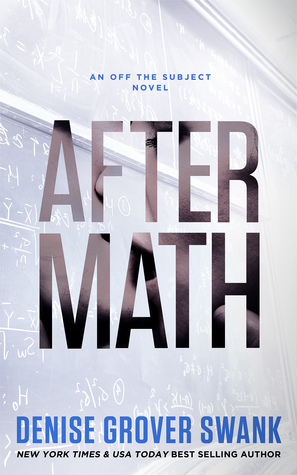 Warning: This book has mature scenes not suitable for those under 18. Ye hath been warned.

Blurb:
Scarlett Goodwin’s world is divided into Before and After.

Before she agreed to tutor Tucker Price, college junior Scarlett was introvert, struggling with her social anxiety disorder and determined to not end up living in a trailer park like her mother and her younger sister. A mathematics major, she goes to her classes, to her job in the tutoring lab, and then hides in the apartment she shares with her friend, Caroline.

After junior Tucker Price, Southern University’s star soccer player enters the equation, her carefully plotted life is thrown off its axis. Tucker’s failing his required College Algebra class. With his eligibility is at risk, the university chancellor dangles an expensive piece of computer software for the math department if Scarlett agrees to privately tutor him. Tucker’s bad boy, womanizer reputation makes Scarlett wary of any contact, let alone spending several hours a week in close proximity.

But from her first encounter, she realizes Tucker isn’t the person everyone else sees. He carries a mountain of secrets which she suspects hold the reason to his self-destructive behavior. But the deeper she delves into the cause of his pain, the deeper she gets sucked into his chaos. Will Scarlett find the happiness she’s looking for, or will she be caught in Tucker’s aftermath?

Review:
As has been the norm recently with New Adult/Romance novels, I liked the first half of this novel but not so much the second half.

I loved how Swank depicts and deals with Scarlett’s anxiety. Mental illness is a difficult subject matter and should be dealt with more in novels. Grover does a great job of showing how Scarlett deals with anxiety, how it affects her and her life and how she overcomes it to hold a normal life.

I also thought the plot was interesting. Math tutor is forced to tutor the university star and partier and finds out there might be more to him than what he presents to people. This remained interesting until about halfway through when instead it became redundant and the two characters kind of melded together to where I couldn’t find two separate personalities.

As for why I didn’t like the second half of the book, although Swank handles anxiety well in the first half she doesn’t at all in the second. Scarlett’s anxiety is magically cured by Tucker in the second half. I don’t agree with the message that having a boyfriend or significant other can magically cure mental illness. I also don’t like the message that she needed a man in her life to make it complete. Still, despite the book’s downfalls, it was an enjoyable read. I just wish the messages sent out were a little different.

1 thought on “Book Review: After Math by Denise Grover Swank”